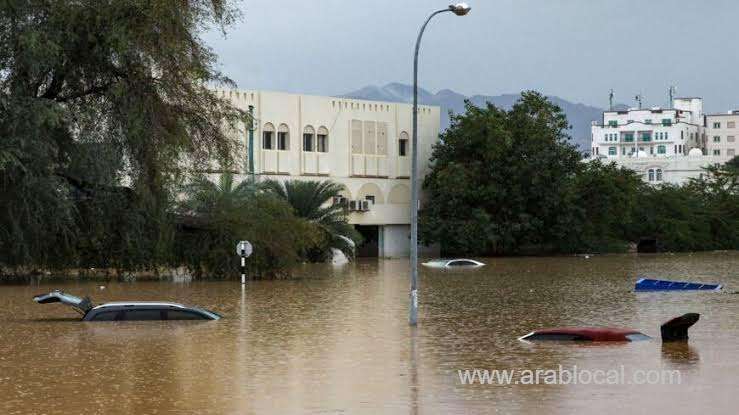 Over the past few days, Oman has been experiencing flash floods and extreme weather conditions that have killed sixteen people and left four missing, according to local media.

According to CDAA, the search for missing people in Dhofar Governorate continues. The family washed away on Al Mughsayl beach in Salalah after being washed away by the waves.

An area of low pressure in the northeast of the Arabian Sea will cause more unstable weather in Oman starting Sunday, according to the Civil Aviation Authority.

Currently, a low-pressure system is forming near the Indian coastal region of Gujarat. Within the next two days, as it moves west towards the coast of the Sea of Oman, it may develop into a tropical depression.

It is possible for valleys and reefs to be flooded by rainfall between 30 and 80 millimeters of varying intensity. Thunderstorms may reduce horizontal visibility. The Sea of Oman and the Arabian Sea coasts will be rough with waves up to 4 meters high. In some low-lying coastal areas, sea water may extend.