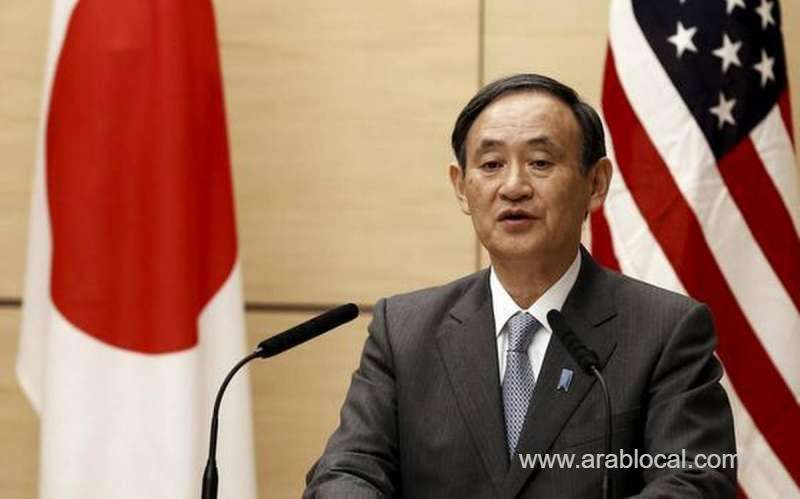 Jockeying for the post of Japan's next prime minister is well under way ahead of a vote of members of the ruling Liberal Democratic Party on September 13, although Chief Cabinet Secretary Yoshihide Suga has emerged as the early favorite to take over from Prime Minister Shinzo Abe.

Abe announced on Friday that he would be resigning due to a worsening mdical complaint, with speculation commencing immediately over who would step into the political shoes of a man who has led the nation for seven years and eight months, a record for a Japanese prime minister.

Abe was previously believed to favor Fumio Kishida, the party's policy chief, as his successor, but his support has apparently switched to the ever-loyal Suga, who served as chief cabinet secretary for the entirety of Abe's administration.

Until recently, Suga was not being strongly tipped as the next prime minister, but he has swiftly won the endorsement of Abe and Taro Aso, another close ally and deputy prime minister, in some hectic backroom politicking. That effectively makes Suga the "continuity candidate" for the Abe administration.

Abe and Aso control the largest factions within the LDP and, as well as confirming that their groups will back Suga in the vote, they have instructed faction members not to challenge the chief cabinet secretary, effectively giving him a clear run when party members vote on their new leader.

Abe also appears to have sidelined another rival, Shigeru Ishiba, a former defense minister who has been one of the few internal critics of the Abe administration. Ishiba's regular fault-finding has angered Abe, who appears to be getting his revenge on the man who challenged him in the 2018 vote for party leader.

"This looks very much like a back-room decision by Abe and Aso to have Suga step in and continue many of the policy initiatives that they have been working on for many years now," said Hiromi Murakami, a professor of political science at the Tokyo campus of Temple University.

"But that is a disappointing way of selecting a new leader as Ishiba is very popular with the Japanese public, largely because he has not been shy about criticizing the government on its policies," she told DW. "It is unfortunate that he is now unlikely to be voted in, and I fear that we are going back to a time when these sorts of really significant political decisions were made in secret pacts.

"Doing it this way means that we do not know where these candidates stand on the really important issues in people's lives at the moment, so the entire country is not able to have a debate on our leaders," Murakami added.

Even if he is elected, analysts say Suga will be taking over at a very difficult time, domestically, regionally and in the wider international realm.

"Suga is now definitely the frontrunner and, I would suggest, almost certain to be the next prime minister," said Koichi Nakano, a professor of politics at Tokyo's Sophia University. He added, however, that he will face some significant challenges in the months ahead and, if he comes up short, then he may not have the same support for re-election when members vote in the party's scheduled presidential election, which is still due to go ahead in September 2021.

Those tests include the ongoing coronavirus pandemic and the impact of the crisis on the national economy, questions over whether the Tokyo Olympic Games will be able to go ahead next summer, relations with the United States ahead of the US presidential elections, a worsening relationship with South Korea and an assertive regime in China that is looking to take control of Japanese-held islands in waters between the two nations.

"We know very little about Suga's policies or political ambitions, but I expect him to follow very closely what Abe has done because we could argue that it has largely worked," Nakano told DW. "But my sense is that he lacks that political vision and will not force through significant change. He will continue the previous course."

In the domestic arena, Stephen Nagy, an associate professor of international relations at Tokyo's International Christian University and a fellow of Canada's Asia Pacific Foundation, said Suga will continue Abe's economic reforms and efforts to get more women into the workforce, as well as attempting more structural

But he fears that a politician who has until now been primarily concerned with domestic issues may flounder in the company of international statesmen.

"He has been focused on internal Japan matters so he does not have the same confidence as Abe in dealing with other foreign leaders," Nagy told DW. "He lacks a network outside Japan and I cannot say that he comes across as a natural diplomat, so I fear he may be a little out of his depth in meetings such as the G7."

Nakano believes that Suga also lacks the natural charisma of his predecessor and believes his public support may begin to slide quite soon. As a consequence, he believes that Suga will call a general election very soon after he is named leader of the LDP, to capitalize on a surge in public support for a new prime minister. The concern, he added, is that without the staying power of his predecessor, Japan may be in for some years of political stability and a return to the years of a new national leader every 12 months or so.