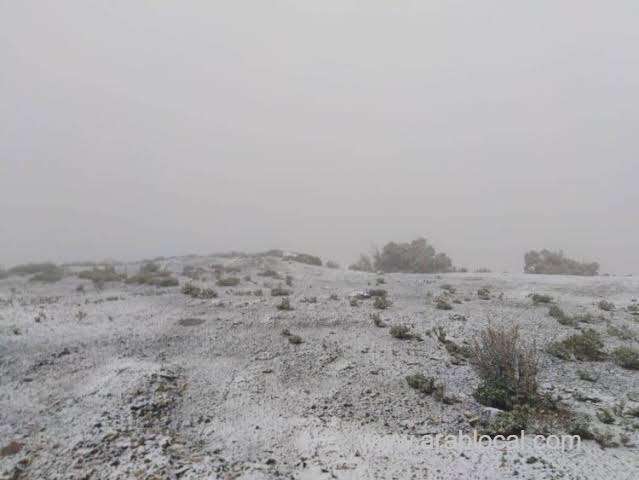 In social media posts, followers showed videos of Jebel Shams covered in snow, enhancing the allure of the tourist attraction at 3,009 meters above sea level.

According to the Times of Oman, sub-zero temperatures and high humidity led to freezing rain falling on the mountain Monday.

The mountain derives its name from being the first place to see sunrise and sunset in Oman due to its high peak.

Located around 240km from Muscat, Jebel Shams is also known for its moderate summer weather and diverse flora, making it a popular tourist destination.

Al Nakhur Canyon is also known as the Grand Canyon of Arabia.

The Sultanate is experiencing low air pressure starting Tuesday, resulting in varying intensities of rainfall. According to a meteorology report, the rain peak will happen on Wednesday and Thursday when heavy rains are forecast in the country’s northern governorates.

Temperatures have dropped in several parts of Oman, plummeting to 3 degrees Celsius in the area of Seiq in South Al Sharqiya governorate.