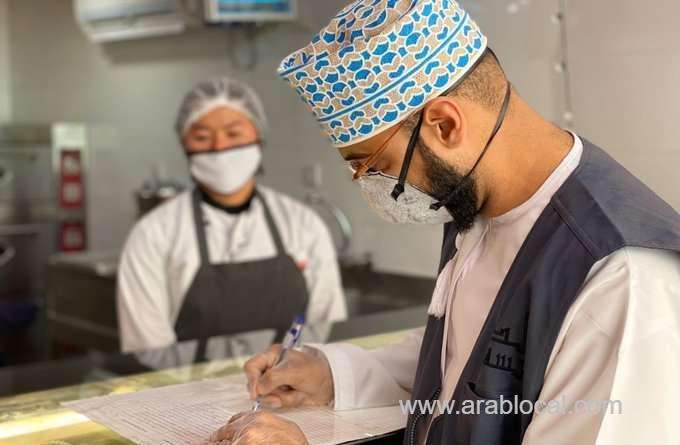 In a tougher tone, the Ministry of Regional Municipalities and Water Resources warned that shops and markets that do not comply with Supreme Committee decision will face stringent penalties.

According to a ministerial decision on Wednesday, violators of the decisions to close the shops and markets, will be slapped with a fine RO 300 in the first instance.

“Repeat offence will attract a fine of RO 1,000 and cancellation of the licence”, a statement issued by the ministry said.

Along with a number of measures to fight the dreaded COVID-19, The Supreme Committee instructed mandatory closure of all shops in the commercial complexes except foodstuff stores, clinics, pharmacies, optical outlets and traditional markets like Muttrah, Nizwa, Al Rustaq and Sinaw and Wednesday, Friday and Saturday makets.

Meanwhile, the Royal Oman Police (ROP) called upon citizens and residents to exercise caution against fake online companies that promise medical supplies to fight the Coronavirus.

Quoting Interpol, the ROP said that a large number of people worldwide have been conned by ‘fake online pharma suppliers”.

“With the increase in demand for masks, sanitisers and other medical supplies, fake online companies trick potential customers into their net. Citizens and residents should be vigilant against such electronic fraud”, the ROP said in a statement.

The Royal Oman Police also gave several tips while attempting to purchase medical supplies over the internet or receiving messages via e-mail or from other contacts related to medical supplies.

According to it, caution should be exercised fake websites. Criminals often use similar electronic addresses for other legal addresses, for example: abc.org instead of abc.com.

Other tips issued by the ROP include, examining company profile and also checking whether there are any from other customers who have not received the materials after placing the order and making payments.

Check the the value of the purchase before transferring the money and the location of the company.

It also advises against entering the links and opening their attachments if you do not expect them to reach you or if they are received from you by unknown destinations.
“Be cautious about anonymous mail messages displaying medical equipment and materials or those requesting your personal details. If you realize that you are a victim of fraud, notify the bank where your account and advise the bank to immediately to stop the transfer of funds”, the ROP note adds.