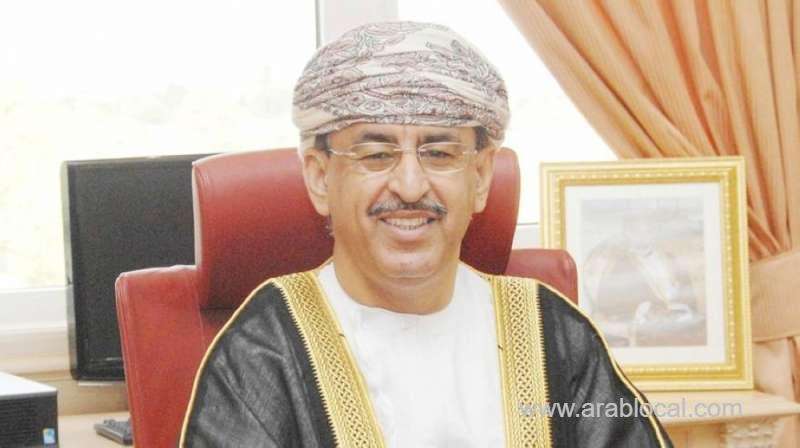 Dr. Ahmed bin Mohammed al-Saeedi, Minister of Health, Member of the Supreme Committee on Covid-19. has said that the Sultanate’s health sector is still intact, “which asserts that, in dealing with the pandemic, success will be realized when we reach zero cases in the Sultanate.”

Thanks to the support of the government of His Majesty Sultan Haitham Bin Tarik to the health sector, we have not reached a stage when anyone would be deprived of healthcare, said the minister, who reaffirmed that basic health services in the Sultanate, like vaccinations, childhood and motherhood programs have not been disrupted. He pointed out that if the crisis persists, compelling the health sector to focus on Covid-19 patients, the performance of the health workforce will be impacted negatively.

The minister made the statement during the Supreme Committee’s 14th press conference, which also saw the participation of Dr. Saif bin Salim al-Abri, Director-General of Disease Surveillance and Control at the Health Ministry, and Dr. Hamad bin Mohammed al-Harthi, Director of Al-Nahda Hospital.

He added that thanks to the Royal directives of His Majesty the Sultan, ‘economic packages’ achieved their desired objectives. He reaffirmed that the Sultanate did not rush in its drive to re-open (business) activities, but the re-opening was made gradually and after studies informed by the findings of technical parties that accorded attention to citizens and residents alike.

The Minister of Health commended the Minister of Interior and the members of the Supreme Committee whose decisions, he observed, were mindful and gradual. He called upon all establishments to stick to precautionary health measures and avoid facing fines or closure.

The Minister of Health said that a specialized team will meet on a weekly basis to review applications for re-opening of activities, including mosques and prayer areas.

He explained that the Ministry will work towards the opening of health activities gradually so that they could operate at the pre-corona rate. This includes delayed surgical operations, said the minister, who noted that the ministry observed the emergence of a group of diabetic people from among Covid-19 patients who had no diabetes history. He also said that 30% of patients admitted to intensive care units are afflicted with kidney failure.

The Minister affirmed the decline in the number of cases since July and he urged all members of the public to avoid gatherings and stick to social distancing, cleaning of hands, and other precautions. He added that the main cause behind the increase in infection and death cases is laxity in apply health measures.

The Ministry of Health posted orders for vaccines at all manufacturing firms. He stressed that the Sultanate booked a suitable volume of vaccines, and will procure them pending the recommendations of specialist teams from the Ministry of Health. “The Sultanate made a proposal for collective purchase of the vaccine at the GCC level,” the minister said.

Al Saeedi added that donations amounting to RO32.67 million were made and will be added to the generous Royal contribution of RO10 million. So far, a sum RO28.6 million has been used from the total donations. The cost of tests has so far reached RO29 million, he explained.

In other comments, the Minister said that the main objective behind the Field Hospital under construction is to ease pressure on government hospitals. The first part of the Field Hospital will be opened before the end of this month, said Dr. Ahmed, who explained that a meeting was held yesterday with parties related to airports in the Sultanate with a view to submitting their study to the Supreme Committee for review during its next meeting.

Dr. Saif bin Salim al-Abri, Director-General of Disease Surveillance and Control at the Health Ministry said that the Ministry of Health will make a daily report on Covid-19 cases, noting that more than 1200 people have been diagnosed, but the number of those who tested positive to the infection dropped from 50% in early July to 17% recently.

Al-Abri pointed out that the cases of people being hospitalized dropped by 33%, while ICU cases declined by 40% and mortality cases were down by 23%. He credited the overall decline in all cases to the commitment of citizens and residents to precautionary measures undertaken by the Supreme Committee.

The Ministry of Health will monitor the pandemic’s level in the Sultanate through three indicators, which are the number of hospitalized people, the number of ICU patients, and the number of deaths in 100,000 segments of the population—which generally the norm in many countries, said Dr. Saif.

He explained that the Sultanate’s non-espousal of clinical operations does not mean that it would be deprived of procuring the vaccines of Covid-19. He reaffirmed that contacts are underway with the Global Vaccine Alliance (GAVI) and, at least, one of the producing companies.

Dr. Ahmed Al-Harthi, Director of Al-Nahda Hospital, said that some departments and wards of the hospital have been allocated to Covid-19 patients and that available beds are now more than they used to be.

“The month of August saw a 50% decline in the number of hospitalized people, compared to the three months of May, June, and July,” said Dr. Ahmed Al-Harthi.