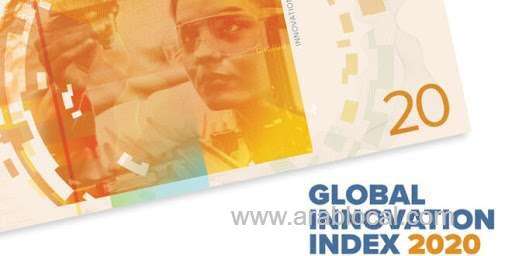 Key finding: The Sultanate performs best in Human Capital & Research and its weakest performance is in Knowledge & Technology outputs.

The Sultanate has been placed 84th among a total of 131 economies ranked in the latest edition of the Global Innovation Index (GII) — the world’s foremost indicator of the importance accorded by nations to innovation as a driver of economic development.
GII 2020, issued over the weekend, is co-published by Cornell University, INSEAD — one of the world’s largest graduate business schools, and the World Intellectual Property Organisation (WIPO), a specialised agency of the United Nations.
Currently in its 13th edition, the Index has established itself as both a leading reference on innovation and a ‘tool for action’ for world economies that incorporate the GII into their innovation agendas.
Notably, Oman has registered a year-on-year slide in its ranking over the past three years, down from 69 in 2018 to 80 in 2019, according to the report.
The rankings capture each country’s innovation capabilities based on roughly 80 different indicators grouped into innovation inputs and outputs.
Among the 19 economies of North Africa and West Asia covered in the report, the Sultanate garners the 15th position.
“Oman performs better in innovation inputs than innovation outputs in 2020’’, the latest Index notes. “This year Oman ranks 68th in innovation inputs, lower than last year and lower compared to 2018. As for innovation outputs, Oman ranks 109th. This position is lower than last year and lower compared to 2018’’, it states.
Importantly, the report finds Oman strongly positioned — relative to other economies — with regard to five of the seven key pillars used to evaluate the innovation performance of the 131 countries.
These ‘strengths’ (with their corresponding scores) are identified as: (i) Institutions (70): exhibits strengths in the indicator Ease of starting a business (30); (ii) Human capital & research (43): shows strengths in the sub-pillars Education (24) and Tertiary education (12) and in the indicators Government funding/pupil (6), Pupil-teacher ratio (36) and Graduates in science & engineering (1); (iii) Infrastructure (56): demonstrates strengths in the sub-pillar General infrastructure (29) and in the indicators ICT access (37), Electricity output (23) and Gross capital formation (21); (iv) Business sophistication (95): reveals strengths in the indicators University/industry research collaboration (38), State of cluster development (27) and FDI net inflows (24); and (v) Creative outputs (94): displays strengths in the indicator Trademarks by origin (38).
Relative to GDP, Oman’s performance is below expectations for its level of development, according to the GII 2020 findings. The country also produces less innovation outputs relative to its level of innovation investments, it notes.
On the issue of ‘Credit’, Oman secures a distant 118th ranking in the 2020 Index, up from 67th a year earlier.
However, with the Oman Credit and Financial Information Centre (Mala’a) now fully in operation under the auspices of the Central Bank of Oman (CBO), this ranking is poised to only improve going forward.