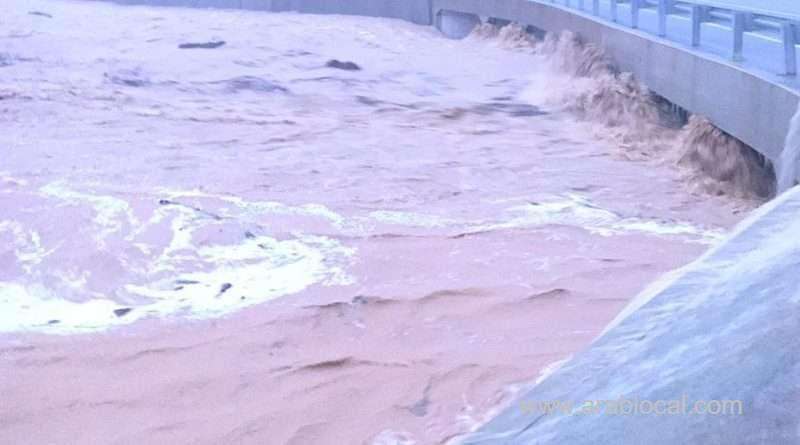 Royal Oman Police said that they received 74 reports on vehicles being swept away in wadis due to heavy rains since Sunday. These incidents resulted in four deaths, including three expatriates and a citizen.

Meanwhile, the police aviation carried out a rescue operation of an Asian expatriate person detained in Wadi al Batha in Sinaw to transfer him to a safe area.

It has also warned of flowing wadis and a decrease in horizontal visibility in the parts of Dhofar, Al Wusta and South Sharqiyah governorates.

The Public Authority of Civil Aviation (PACA) has urged everyone to be cautious during thunderstorms and while crossing wadis. It warned people against venturing into low-lying places and also into the sea.

The traffic has been interrupted on the Jabel Al Akhdar road due to the heavy rains and the erosion of rocks and mudslides.