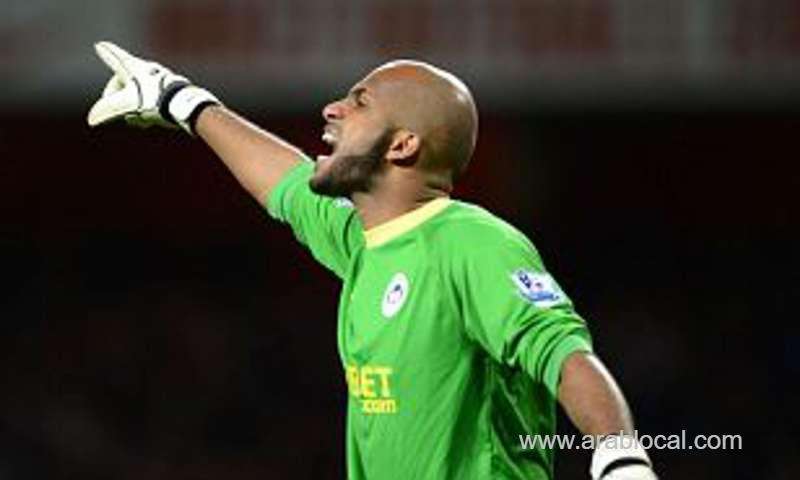 Oman goalkeeping legend Al al Habsi is truly the Sultanate’s global ambassador for sports after he won hearts across the world during his spectacular 22-year career.

The lanky goalkeeper, who enjoys an iconic status in the GCC sports, announced on Friday night that he is ending his illustrious career at the age of 38.

“After years in which I had the honor to represent a number of clubs inside and outside the country, today I announce the end of my career as a football player. At this moment, I express my sincere thanks and great gratitude to everyone who has supported me throughout my journey, confirming my continued service to my country from other locations,” Al Habsi announced on Twitter.

A pioneer among the GCC footballers to make a mark in Europe, Ali won plaudits for his performance with Bolton Wanderers in the English Premier League in 2007-08.

Few would have thought of Al Habsi making this far after he began his football journey with hometown club Al Mudhaibi at an age of 17.

A cool and calm custodian, Ali was an inspiring presence in the dressing room. Whenever he joined the national team for any match – whether with a top team or low-ranked team, Ali was level-headed and approached the match with its full merit.

“We respect all the teams. But at the same time, we are not fearing any team also,” Ali told Oman Daily Observer during one of his press conferences for the Oman team.

With his global acclaim, Ali definitely gave Oman an address in international football.

The 1.94m tall goalkeeper’s crowning moment in his club career came with Wigan Athletic when they beat Manchester City 2-1 in the final of FA Cup in the 2012-13 season. Ali also became the first GCC footballer to achieve the winner’s medal in the world’s oldest tournament.

At home front, reaching the first Gulf Cup title in 2009 was a thrilling moment.

Oman lost the GCC honour very closely in 2004 and 2007, missing out to hosts Qatar and UAE in both finals respectively.

In Muscat, Al Habsi was shouldering the expectations of the home nation in the 19th edition of the Gulf Cup.  He kept a clean slate throughout the tournament as Oman drew 0-0 with Kuwait, thrashed Iraq 4-0, and overcame Bahrain 2-0 in their three group matches.

In the semifinals, Oman beat Qatar 1-0 in a tight match.

In the final, the Red Warriors edged Saudi Arabia 6-5 on penalties after a 0-0 draw at a regulation time at the Sultan Qaboos Sports Complex to claim their first-ever

Gulf Cup in front of an ecstatic home crowd.

In 2002, Al Habsi moved from Al Mudhaibi to Salalah-based Al Nasr. Then, he took the challenge of playing in Europe after being spotted by former goalkeeper John Burridge.

He spent three years in Norway making his debut with Lyn Oslo.

Ali made a move to England in the 2006 January transfer window. The Omani player was the second goalkeeper of the club with Finland’s Jussi Jaaskelainen excelling in goal for Bolton.

Al Habsi’s full debut came in the 2007-08 season with Bolton, mostly in Cup competitions. He also featured in a Uefa Cup match against Bayern Munich.

He was named the club’s player of the season of Wigan Athletic where he spent the 2010-11 season on loan.  Ali made a permanent move to Wigan in that summer to play 102 League matches for the club in five seasons.

After a loan spell at Brighton, Al Habsi spent two personally successful seasons at Reading, where he was named the club’s player of the season twice.

In his two years in Riyadh, Al Habsi won the Saudi Professional League and claimed the 2018 Saudi Super Cup with Al Hilal.

The veteran star made another move to England in the 2019-20 season with Championship side West Bromwich Albion in the final act of his career.