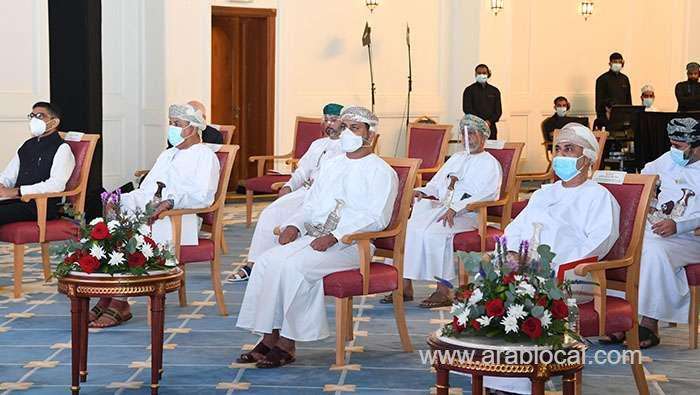 The National Committee to Combat Human Trafficking (NCCHT) launched its second awareness campaign titled 'Insan', the Arabic word for human being, on Monday.

Through the campaign, NCCHT seeks to promote and spread awareness among various segments of society about human trafficking crimes, the means to detect them and ways to support governmental efforts to deal with these cases.

The ‘Insan’ campaign, will run over a period of three months, starting from March 1, 2021 until May 31, 2021. It will include various messages in several languages, targeted at different segments of society, including citizens and expatriates.

This is to ensure that these messages reach the target audience, specifically vulnerable groups who are most likely to fall victim to human trafficking, which is condemned as per Omani law.

The Committee selected the slogan ‘Insan’ to convey a clear message to all, which focuses on human values, regardless of race, colour or religion. Being human means that everyone should be treated and respected, equally.

Nasr Khamis Al Sawai, Attorney General and Deputy Chairman of the Committee stated, “The Sultanate believes in the necessity of its role to support global efforts in combating human trafficking, which is a danger to society, both in the short and long term.”

“The Sultanate is also one of the first countries to issue special legislation to eliminate this criminal act, which is the Anti-Trafficking Law, issued by Royal Decree No 126/2008. Article (22) of this law states the formation of a national committee, with members from several government institutions, responsible for creating a high-level national plan to combat human trafficking,” he added.

Highlighting the achievements of the Committee, he said, “The National Committee to Combat Human Trafficking was able to achieve several successes such as the ratification of international agreements. The most recent of which is the Royal Decree No 46/2020, which endorses the Sultanate of Oman joining the international Covenant on Economic, Social and Cultural Rights.”

“This covenant is concerned with granting individuals, including workers, their rights and preventing them from being subjected to any violation. Another milestone is the reforming of the sponsorship system, by cancelling the No-Objection Certificate (NOC) and granting the expatriate worker the right to move from one employer to another who has a license to recruit workers,” he added.

Leslie M. Tsou, Ambassador of the United States of America (USA) to the Sultanate lauded the Sultanate's efforts in combating the human trafficking, stressing her country's keenness to work closely with the Omani side in combating

"This is not just a problem for the Sultanate as it is a problem for everyone in the world including the United States. We are partner with Oman in fighting one of the worst form of human rights violation," she said.

The campaign would achieve its goals through spreading awareness among all members of the Omani society, she further affirmed.
‘Insan’ builds on the successes of the first campaign, ‘Ehsan’, launched by the committee in 2017. It is a reflection of the Sultanate’s strategy to combat human trafficking through a wide range of measures, undertaken to eliminate these criminal practices.

This campaign will also contribute towards enhancing community awareness about the mechanism for detecting and reporting these incidents, by familiarisng people with its indicators, negative effects and legal consequences.

The campaign looks to promote the participation of all members within the society in combatting Human Trafficking.

The ceremony also included the launch of the new website for the Committee, which is available in both Arabic and English. Through the website, victims of human trafficking can request help in 12 international languages. The website can be visited through the link: www.nccht.om.

The event was attended by a limited number of their Excellencies members of the Committee, residing ambassadors in the Sultanate and media representatives, taking into account the current precautionary measures.