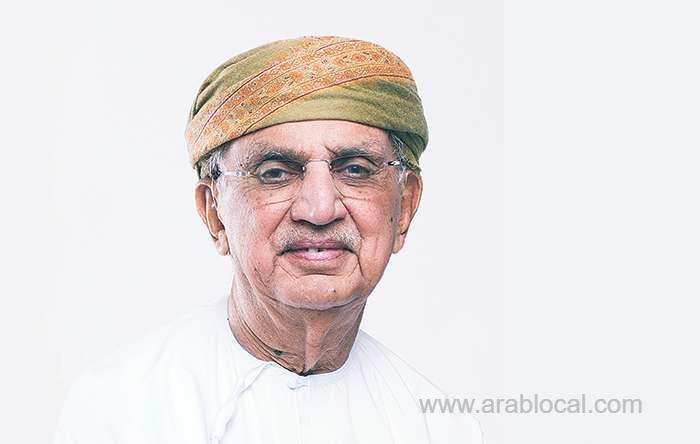 Tributes for the late Kanaksi Gokaldas Khimji have poured in from organisations and people in both Oman and India, in the wake of his demise.

The head of the Khimji Ramdas Group, one of Oman’s most diverse and well-known companies, Kanaksi was mourned as a pillar of the business community here, in recognition of all he had done to grow and develop the country. He passed away on Thursday, February 18, 2021.

“It is owing to his enterprising guidance that the Khimji Ramdas Group has been a much sought after partner for global brands wanting to foray into Oman,” said a statement from the company. “He also lent his support to fledgling local businesses and helped them thrive.

“His legacy will continue to drive the Khimji Ramdas Group forward, upholding the core values of trust, care, commitment, and learning, which have stood the group in good stead for the last five decades,” the company added.

Born in 1936, Kanaksi Khimji put together the idea for the modern-day vision of the company, which has today a diversified presence in the country. For his outstanding contributions, he was granted Omani citizenship by the late His Majesty Sultan Qaboos bin Said bin Taimour.

Lovingly known as Kanak bhai (an affectionate term for ‘brother’ in his native India), he was also keen on developing cricket in the country, with the need to give back to the community also among the key principles instilled in both himself and his company.

Indian ambassador Munu Mahawar called him an ‘institution builder’, saying he was “deeply saddened to hear about the passing of Kanaksi bhai. He also made huge contributions to our bilateral relationship.”

Charity organisation Dar Al Atta’a offered condolences to the Khimji family on his passing, adding they were “praying that the lord almighty rests his soul in peace, and aids his family in this challenging time. Dar Al Atta’a mourns the loss of Kanaksi Khimji.”

Muscat University also mourned his passing saying they extended their “deepest condolences to Pankaj Khimji, a member of the MU board of trustees and board of directors, and the whole Khimji family for their loss of Kanaksi Khimji. May he rest in peace.”

“Our sincere heartfelt condolences to his family,” added Al Ettifaq Sports Club, which is based out of Khabourah. “Kanaksi Khimji, who led the Khimji group for more than five decades, is no more.”
Over in India, Dr Vijay Chauthaiwale, the head of the Foreign Affairs Department of the country’s ruling Bharatiya Janata Party (BJP) also paid tribute to him.

“My deep condolences to the Khimji family and Khimji Ramdas group on the sad demise of the Khimji family patriarch, Kanaksi Khimji, a prominent businessman and philanthropist in Oman,” he said. “I will always cherish the love and affection Kanaksi bhai showered over me in our very first meeting.”

Legendary Indian singer Lata Mangeshkar also paid tribute to the late Kanaksi Khimji, the former head of the Khimji’s group. In a statement, she said, “My respected brother Kanaksi Khimji has left for his heavenly abode. I am very saddened to hear this.”

Offering condolences to his family, the singer said, “I share in the sadness of my sister Kalpana, Pankaj, Alka, Nailesh and the entire Khimji family. May god grant peace to the spirit of our departed brother Kanaksi.”  Paying rich tribute to the efforts he had made in developing the country’s educational facilities, Dr Baby Sam Saamuel, the chairman of the Board of Directors of Indian Schools in Oman, said,

“We will always be indebted to the selfless services of Late Kanaksi Gokaldas Khimji. “It was the zeal, enthusiasm and confidence of this visionary leader that made Indian School Muscat, the first Indian school in, a breathing reality,” he added.