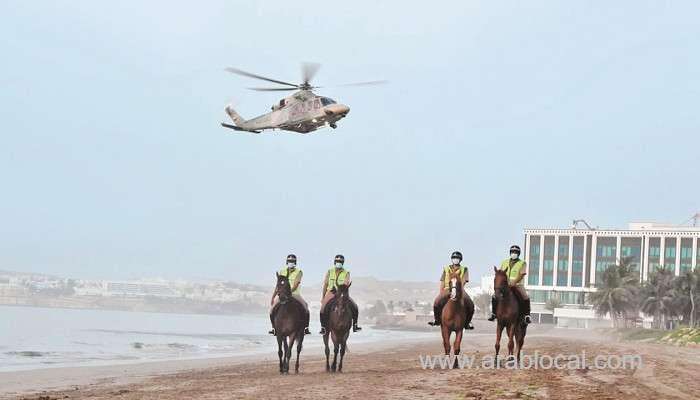 Nearly 800 people were charged for violating Supreme Committee regulations in 2020, a senior official of the Public Prosecution has said.

These individuals were involved in a total of 248 violations.  Of the 790 people, 396 were Omani, and the other 394 were expatriates.

Stepping out of one’s home during the lockdown constituted 25 per cent of all cases, followed by people refusing to wear masks while in public places (19 per  cent), and running a business while all shops in the country were required to be shut came in third (17 per cent).

Attending large-scale gatherings and assembling in public areas (12 per cent) was also one of the reasons for prosecution. These four accounted for more than 70 per cent of the total numbers of violations of COVID precautions referred to the Public Prosecution.

“Muscat recorded the highest numbers of cases, particularly in terms of people praying together in large numbers, operating businesses that had been temporarily suspended, going out of their homes while the lockdown was in effect, and using the beaches while they had been closed to the public,” said Maysa bint Zahran Al Ruqaishi, assistant prosecutor at Public Prosecution.

She was speaking to Shabiba Radio, the radio channel of Al Shabiba, the sister Arabic publication of the Times of Oman. During the programme, she said the most common types of violations observed in the Governorate of North Al Batinah were people breaking domestic and institutional quarantine.

In both Al Dakhiliyah and Al Dhahirah, the leading causes of violation were organising large-scale social gatherings, and participating in suspended activities. In the latter region, people attempting to remove their tracking bracelet, and trying to cross the checkpoints installed to restrict movement between governorates, were also two of the main violations reported.

She asked people to observe the rules of public order, saying that they had been set up to promote the welfare of society over individual interests.

“This is based on three basic pillars: peace in public places, good standards of security, and ensuring public health,” she said.

“As long as public health is one of the issues affecting public order, it does not become a personal matter, but rather one that affects all of society. Public safety will always take precedence over private interests.

“It is the duty of the state to pay attention to these aspects of the law, and issue legislation concerning public health and its relation to public order,” she added.

“Individuals must abide by decisions made to protect public health and welfare.”

“The number of people who do not follow the regulations of the Supreme Committee is small, but the impact of their crimes on the rest of society is deep,” explained Maysa Al Ruqaishi.

“The violation of rules could lead to them spreading infection to other people. Doing so is reckless, and actions such as a person removing his tracking bracelet and wandering outside is disrespectful.”

“It is to deter such actions, both by society in general, and by specific individuals, that we take steps to carry out justice,” she said.

“It makes those who follow the rules feel that violators have taken their punishment for disobeying the law. I ask everyone to follow the decisions of the Supreme Committee.”

The role of the Public Prosecution in relation to upholding the preventive measures against COVID-19 announced by the Supreme Committee, is to act according to the Law on Control of Communicable Diseases.

During the pandemic, a committee has been formed to receive reports of violations and scrutinise them so as to understand the nature of these transgressions. It is headed by the Assistant Public Prosecutor who is also the Director General of Public Prosecution in Muscat, and includes public prosecutors from all of the directorates of the rest of the governorates.

This body works closely with the Ministry of Health, and comes up with punishments for violators of the decisions of the Supreme Committee.

“The fight against infectious diseases is based on arresting, interrogating and remanding accused offenders, and referring them to the courts, where judges examine their cases,” she said.

“They are then handed convictions and the judges’ rulings are carried out.”

“The decisions of the Supreme Committee are final and binding, and are made to ensure people follow the rules,” she added.

“The idea to publish the names and photos of violators of their regulations, which was taken last October, also extends to those institutions that do not play their part in carrying out these decisions.”

Maysa Al Ruqaishi also said that the Public Prosecution set up a special team to monitor social media accounts which have been spreading rumours and trying to cause panic in people during the pandemic.

“To find out the cause of these rumours, our public prosecutor investigated them through his official social media accounts,” she said.

“We put out through our social media channels the penalties for spreading fabricated news, and this coincided with the Ministry of Health’s denial of these rumours.

“The Public Prosecution has set up a monitoring team that tracks and follows up on the relevant posts published on social media,” she added.

“During the pandemic, we’ve seen a lot of rumours and incorrect news circulated through these sites. We have therefore tracked down the creators of these rumours, and referred them to the Public Prosecution departments concerned with investigating such cases.”