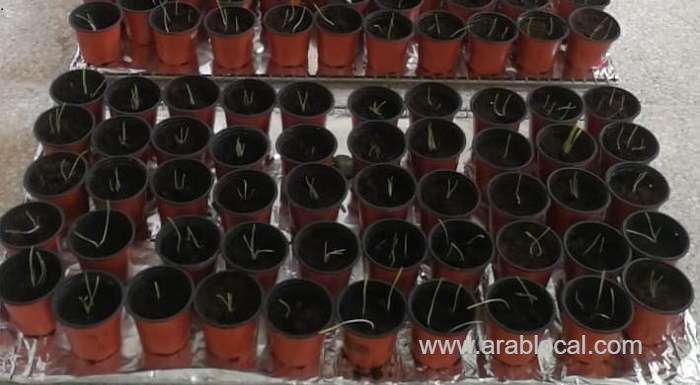 Varieties of drought-resistant wheat that thrive in Oman are being looked at by researchers at the University of Nizwa, so that they can help provide food security for the Sultanate.

The research aims to find out why certain strains of the crop are more resistant to drought and heat, so that they can be grown in larger amounts to produce food, despite the arid conditions in the country.

The research is being led by the university’s Natural and Medical Sciences Research Centre, which will analyse two varieties of locally-grown wheat: one that is commonly used to make bread, and another which is turned into pasta.

“Wheat is a strategic crop that provides substantial calories, besides rice,” said Dr Abdul Latif Khan, who is leading the research. “Oman is endowed with a rich diversity of food crops, with wheat being regarded as a strategic food crop. It is grown in the country’s diversified agro-ecological regions.

“However, physiological properties against drought and other harsh environments are not yet known,” he added. “This study will let us know the genes that are behind Omani variants of wheat being more resistant to drought and heat.” The research involves studying the molecular makeup of these varieties of wheat, to see how their genes help them survive in conditions inhospitable to some other crops. Once positive results have been achieved, the researchers aim to grow these in areas where desert farming is practiced.

“Providing new varieties of wheat that can sustain in such environments will increase the country’s food security capabilities,” said Khan. “In long-term, the vast marginal lands that bear least amount of nutrient and water bulk, could be reshaped to employ desert farming methods.”

A battery of tests to test the biological and chemical nature of these variants of wheat will be conducted. These include experiments on seedlings and germinating seeds, as well as tests involving various enzymes that are produced under certain climatic conditions.

To see how these plants adapt to desert environments, researchers will purposely induce such a state of water scarcity in them. This aside, other test include exposing them to conditions mimicking heat and drought. They will then observe those genes that help these varieties of wheat tolerate and grow in these unfavourable situations.

“The project will take at least two years of continued experimentation and we expect some preliminary results to be published by early next year,” said Dr Abdul Latif Khan.

Should this experiment in Oman prove successful, the concept could also be exported to other countries in the Gulf Cooperation Council, which have hot climates similar to the Sultanate.

“Output from this project will help recommend strains of wheat that can be grown economically in marginal lands that have less water available, or have saline water,” he explained. “Positive results in this research will mean this is a good method to produce food in harsh environments.”

Collaborating with the NMSRC on this project are the Ministry of Higher Education, Research and Innovation, and Mawarid, Oman’s Animal and Plant Genetic Resource Centre.