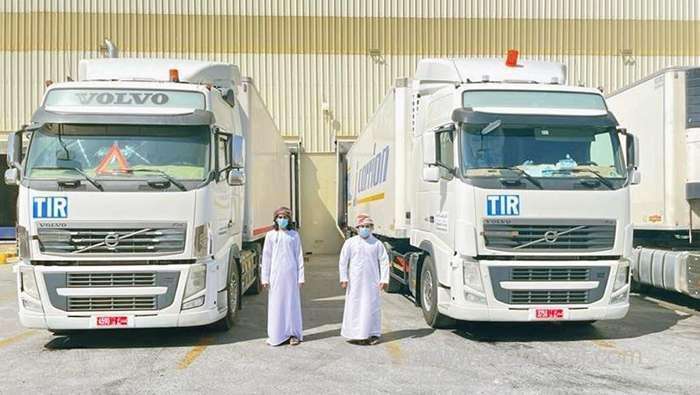 Oman succeeded in transporting the first consignment of foodstuff to the Kingdom of Saudi Arabia (KSA) through the application of the international road transport system—Transports Internationaux Routier (TIR), thereby cutting customs fees by 30 per cent and time by 50 per cent, compared to the ordinary transport system.

The accomplishment celebrates efforts exerted by Asyad Group in cooperation with the Directorate General of Customs, Royal Oman Police, to facilitate cross-border transport and eventually promote commercial exchange between the Sultanate and countries of the world.

The system’s launch also seeks to round up the series of import and market the Sultanate as an international logistics hub offering integrated services and competitive incentives to its clients.

The logistics sector plays a major role in supporting other economic sectors in the Sultanate and enhance the growth of its national economy.

By activating TIR, Asyad aims to back Omani exports heading to neighbouring countries, save time and cost of export and encourage Omani industrial establishments to benefit from the system in exporting their products.

Senyar, the company serving as the local guarantor of TIR, will support small and medium enterprises. It enabled ‘Al Ayadi Al Fidhiya’ company to open the first cargo record book.

The International Road Transport Union has hailed the Sultanate’s efforts made by the Customs Directorate General and Asyad. It described the first TIR-based consignment transportation as “a turning point in regional trade and a step forward in accelerating electronic procedures.”