One Year Of The Pandemic: How Our Lives Have Changed In The Last 12 Months
Category: General 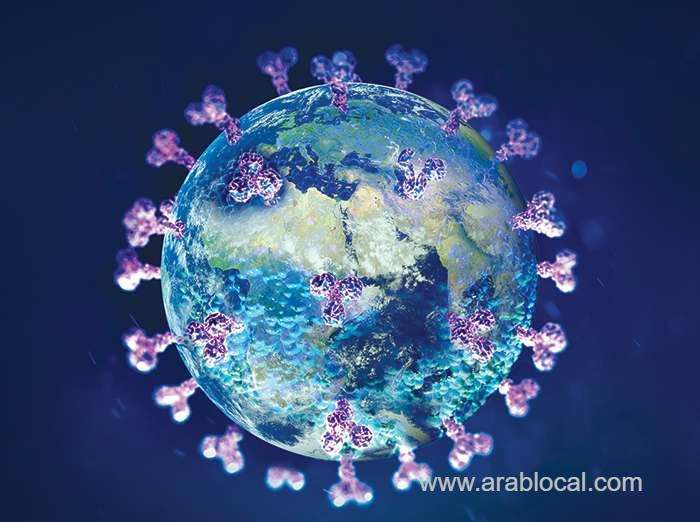 On  February 23, 2020, people in Oman lived their lives the way they always used to: after dropping their children off at school, mum and dad would head to work.

Weekends were often spent with friends, either at their homes, or outdoors at parks or beaches. All that changed the very next day, when on the 24th, the first cases of the coronavirus were detected in Oman.
Locals and expatriates in Oman have shared their experiences of how the pandemic has completely changed their lives, from the year since it happened.

However, tens of thousands of people in the country have also been vaccinated against the virus, as part of the national immunisation campaign.

To curb the spread of the pandemic in the country, the Supreme Committee to deal with COVID-19 adopted a number of preventive measures.

Lockdowns were instituted, restaurants, hotels, and shops were shut, and supermarkets that provided essential supplies were needed to close early and operate at 50 per cent customer capacity.

Schools and universities were among the first to close, with classes switching to online modes of teaching, and while all of these activities are being reopened to the public in phases, with a number of precautions being taken, including social distancing, the installation of hand sanitiser points, the compulsory wearing of masks, and temperature checks, the unprecedented changes around the world to prevent and deal with the virus have strongly affected people’s lives.

“Life has changed a lot – we are required to stay in most of the time, and don’t have the same freedom to move around as we used to previously,” said Jassim Al Balushi, the deputy head of training and professional development at the National University of Science and Technology. “We don’t take our children to the same places we did before.

“There is only some extent to which I can make sure they are well,” he said. “For example, they have started going to school once again, and I can take a lot of precautions, but even that alone might not guarantee their safety, because it depends on the safety measures at the school as well.”

The steps taken to contain the pandemic have been strongly felt in the economy, said Al Balushi, describing the effect on his job.

“I am unsure of what the future holds,” he said. “I do not know if my job is likely to remain in the long-term. Our personal and professional lives have been compromised by this pandemic. As an academic, my job has become difficult over the past year: I cannot teach the way I used to before.

“Previously, I used to take lessons in the classroom, so I could see my students interact with me and each other, and the teaching was much, much easier,” he added. “Now, you are teaching, but you do not know whether or not students are learning and participating in class.

Ali Al Barwani, a health and safety manager, said, “Switching to online practices worked fine initially, but after a while, we really felt like going out and meeting people, even if it meant following social distancing practices. This lack of in-person interaction really affected our productivity. Too much screen time was counterproductive for us.”

It was the same for Indian expat Sushil Mehta, an engineer working in Muscat. His was one of many offices that decided to allow its people to work from home to cut chances of infection. While that was a step taken to protect employees, it did come with some challenges.

“When we were required to work from home, the work pressure was actually more, because we were unsure of what everyone else was doing,” he admitted. “It was more difficult to coordinate work. When you’re in the office, your superior knows the work you are doing, and does not need to follow up with you all the time.

“Because we were working from home, some of the people we worked with also assumed we were available to them all the time, when this was simply not true,” he added. “A lot of our colleagues have also left during the pandemic, so when businesses began reopening, it meant we had more work to do, but there weren’t enough people to share it around.”

To bring home expatriate workers who’d been let go of by their companies because of the pandemic, many countries organised repatriation flights for their citizens in Oman and other overseas countries. As a result of this, the country’s expatriate population dropped from 1,942,440 at the start of 2020 to 1,739,692 at the end of last year. The country’s total population on 1 January, 2021 was 4,481,705, having decreased from 4,640,927 in January 2020.

“My company tried to keep me for as long as possible even when the pandemic affected our business, but in the end, I took the decision to return to India,” said Rakesh Rajan, who left last December. “I did search for jobs here, but the opportunities coming my way were not good enough, and would not let me maintain the same quality and standard of life I need to give my family.”

According to Anuya Phule, a psychotherapist at Hatat Polyclinic, the preventive measures taken during the pandemic have caused a lot of mental fatigue to people, adding that it will take some time for people to overcome these issues.

“Different age groups have been affected differently by the pandemic,” she said. “I see a lot of teenagers who don’t have the will to study or learn anymore, because they’re forced to stay at home all the time.

“Similarly, smaller children are putting on weight and spending more time on their gadgets because their parents won’t let them go to play outside,” she added. “Unless schools reopen, these problems might not go away.

Explaining how this affected adults, she said, “Homemakers are more anxious because their outlet to social interaction has gone, which means they are more tense, and working professionals feel guilty, in case they contract the disease and pass it on to their family members.”