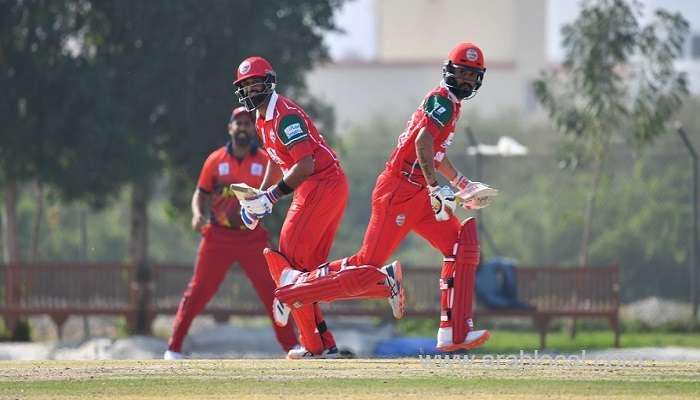 While efforts have been made for 3,000 fans to attend next month’s Twenty20 World Cup matches in Oman, only those who are fully vaccinated will be allowed to watch them live.

Furthermore, anyone who does not present proof of vaccination, and has not been jabbed twice, is likely to be turned away, said Duleep Mendis, chief development officer for the Oman Cricket Association.

“We are currently drawing up plans for the sale of tickets to people, and we will publicise how they can be bought as the tournament draws closer,” he said.

“At that time, it is likely that people will be reminded that they need to have been injected with two vaccine doses before purchasing their tickets and coming for the games.”

“Like many public places here, including malls, shops, restaurants and other areas, we too will be asking for proof of vaccination and doing temperature checks when people come to watch the games,” he added.

“If they do not have two doses of the vaccine, we might have no choice but to turn them away. We expect to have about 2,500 or 3,000 spectators, but two jabs of the COVID-19 vaccine will be compulsory for everyone.”

Large scale preparations are being made to upgrade and overhaul parts of the Amerat cricket ground, where Oman’s World Cup matches are scheduled.

Among these include improving the floodlights that circle the pitch, setting up of stands and concession areas, and renovation of facilities used by players and match officials.

“We have upgraded the brightness of our floodlights from about 1,100 to 2,500 lux,” said Mendis. “This is a requirement for ICC events. The lights that were previously for ground number one have been moved to ground two, so that both of our pitches now have lights. The first thing is that we wanted to upgrade our lights, and we have installed LED lights.”

“On the north side, we will have VIP boxes – between 20 and 30 of them – along with hospitality facilities and the media box, and atop that, you will have the TV commentators and TV cameras,” he added. “On the south stand, you have more space for cameras. We will also be relocating the fence near the road that runs by the grounds by pulling them back, and that is where we will set up the public area, behind which we have food stalls and the toilets.”

A major upgrade at the OCA grounds includes installing a digital scoreboard, where replays and other important moments of a match can be watched.
“We are also upgrading our existing dressing rooms by making them larger and more comfortable. It is the same for our umpire, and anti-corruption unit (ACU) rooms,” explained Mendis.

Plans have also been drawn up to set up a COVID bubble for players and team officials, in keeping with the protocols listed by the International Cricket Council, cricket’s governing body, although these are yet to be approved by the organisation.

Among the measures in place include mandatory isolation of two weeks for teams arriving to Oman to take part in the tournament, although this period could change. Another requirement is for family members accompanying players and team members to Oman to quarantine for about 30 days, although this duration is also likely to be revised.

Clarity is also being sought on whether only fully vaccinated players will be allowed into Oman, as well as the measures being developed for those who have not received both doses of a COVID jab.

Oman is one of eight teams involved in the preliminary rounds of the Twenty20 World Cup, with their group also containing Bangladesh, Papua New Guinea (PNG), and Scotland.

The other four teams are in Group A, consisting of Sri Lanka, the Netherlands, Namibia and Ireland, whose matches will be held in the United Arab Emirates, where the rest of the tournament will also be played. The top two teams from each group will make it to the Super 12s, where cricket’s stronger teams lie in wait, namely Australia, New Zealand, the West Indies, Pakistan, Afghanistan, India, South Africa, and England.

Oman is among those teams in the preliminary stages to have previously played a Twenty20 World Cup, and Mendis is hopeful his team will use that experience and take advantage of home support to propel themselves to the next round.

“In 2016, we played the Twenty20 World Cup in India, where we beat test-playing nations like Ireland, but we are very excited this time around because we are playing at home, so we will get support from the crowd, are used to the conditions here, and are very familiar with the pitches,” said Mendis, who also serves as the OCA’s head coach.

“When it comes to the World Cup however, anything can happen: even the best of teams can flop. Sometimes, all you need is to make one mistake to lose the match, because in such games, you simply do not have the time to recover from such errors,” he conceded. Cricket is a funny game…that’s why it is so interesting: the best of teams can go down. If a team is performing in a particular game, they have a better chance of winning it.”

“We have restarted our domestic cricket as well, because as part of our World Cricket League 2 setup, we have two triangular series,” he said. “We have here with us Papua New Guinea, Nepal, and the United States, and Oman is also part of that, so we are involved in a lot of practice matches right now. The last two months have been filled with activity here at Amerat.”