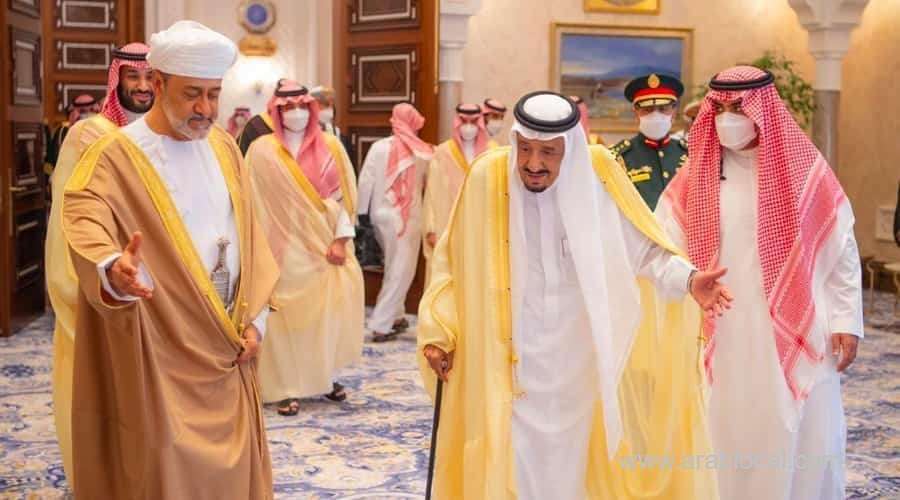 The Sultanate of Oman and the Kingdom of Saudi Arabia (KSA) are pressing ahead with the development of their decades-old modern relations to maximize benefits for the peoples of the two countries under the wise leaderships of His Majesty Sultan Haitham Bin Tarik and the Custodian of the Two Holy Mosques King Salman bin Abdulaziz Al Saud of the KSA.

The visit to Oman tomorrow by HRH Prince Mohammed bin Salman Al Saud, KSA Crown Prince, Deputy Prime Minister and Minister of Defence underpins the accomplishments of the state visit of His Majesty the Sultan to Saudi Arabia, which included the signing of agreements and the establishment of the Omani Saudi Coordination Council.

The Omani-Saudi Coordination Council will see to the sustainability and expansion of cooperation between the two countries, with great scopes for more agreements and memoranda of understanding.

Over the past 50 years, Oman and Saudi Arabia signed a host of agreements, among them one on border demarcation inked on 21 March 1990. Their relations are marked by mutual respect and cooperation about various regional and international issues.

Abdullah Saud Al Anzi, KSA Ambassador to Oman, said that the visit of HRH Prince Mohammed bin Salman comes in reaffirmation of the depth of historical ties and that the visit will upgrade bilateral relations into wider horizons of cooperation.

Al Anzi told Oman News Agency (ONA) that that the visit of His Majesty Sultan Haitham Bin Tarik to Saudi Arabia and his meeting with King Salman earlier this year constitute a major shift forward in developing Oman-Saudi relations, whose modern foundations were laid down by late Sultan Qaboos Bin Said Bin Taimour upon his first visit to the Kingdom. “Today, that course of action is clear and pursued by His Majesty Sultan Haitham,” Al Anzi added.

The visit of HRH Prince Mohammed bin Salman ushers in a new era of advanced relations, said Al Anzi, noting that the two countries will cement their ties of cooperation within the framework of their development strategies—Oman Vision 2040 and Saudi Vision 2030, Al Anzi affirmed, noting that emphasis will be laid on investment and economic partnership, in addition to the fostering political relations, values of tolerance, mutual respect and non-interference in the internal affairs of others.

A key objective over the near future is the opening of the Rub-el-Khali desert highway, which will expand the rate of land travel between the two countries, said Al Anzi.

The Ambassador reiterated that the Sultanate of Oman and the Kingdom of Saudi Arabia share common views on regional and global issues. The two countries share the noble values of Islam, reject terrorism and boost international efforts to establish peace in Yemen, said Al Anzi, noting that Oman is a forerunner in peace and supports international and Saudi efforts for the realization of a peaceful settlement in Yemen.