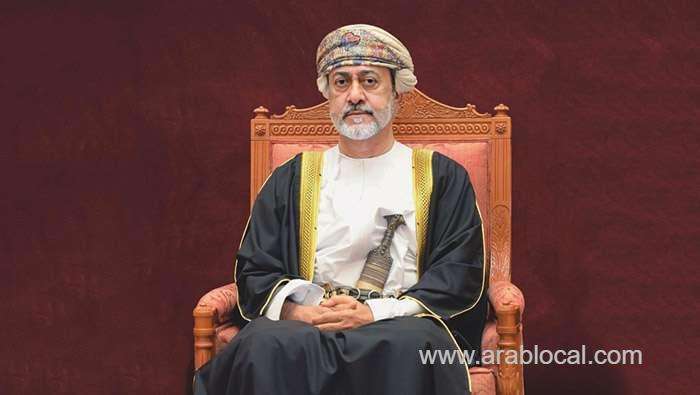 Dr. Said Mohammed Al Saqri, Minister of Economy, affirmed that the royal blessing of His Majesty Sultan Haitham Bin Tarik to the economic stimulus plan reflects His Majesty’s keenness and interest in supporting the efforts made to ensure economic recovery and tackle the economic effects resulting from COVID-19 pandemic by setting up appropriate mechanisms and procedures to ensure fast restoration of economic activities to normality and ensure continued economic growth rates.

In a statement to Oman News Agency (ONA), Dr. Said reaffirmed that the royal blessing paves the way for another economic springboard in line with the trends of the 10th Five-Year Development Plan (2021-2025), which focuses on priority objectives that target stimulating economic activity, and developing the macroeconomic environment.

He added that since October 2020, the Ministry of Economy has set up a working group to develop policies and programmes to stimulate the Omani economy.

The Ministry also joined hands with various relevant authorities, obtained the insights of academics, experts, businessmen and those interested in economic affairs, shared foreign experiences related to enhancing economy and introducing stimulus packages that were designed to ensure economic recovery.

The team proposed economic policies and programmes that stimulate the activity of the national economy and enhance the overall economy in light of the challenges and repercussions of the Covid-19 pandemic, which have cast a shadow over global economies in general, causing imbalances in supply and demand and affecting export, import and local and foreign trade.

After detailed discussions, a set of direct measures were proposed, including those related to taxes and fees, business and investment environment, and others related to labour market and employment incentives, electricity sector incentives and tariffs, in addition to the banking incentives provided by the Central Bank of Oman (CBO).

The Minister of Economy also pointed out that His Majesty the Sultan also gave his blessings to the proposed measures at the long-term, which seek to stimulate the national economy.

The proposed measures include initiatives, projects and programmes for economic stimulation by increasing both aggregate demand and aggregate supply, and determining expansionary fiscal policies aimed at reducing taxes and encouraging spending, and monetary policies aimed at reducing both taxes and interest rates, as well as reviewing some fees and exemptions that facilitate the flow of investment, assist small and medium enterprises, reduce the burden of the economic situation on them, revive the business market, and create an investor-friendly environment in terms of ease of doing business and obtaining licenses.

Dr. Said valued His Majesty the Sultan’s support for all efforts made during the past months to establish a suitable framework for these measures.

He expected that these measures would contribute to reviving the local market, stimulating small and medium enterprises, strengthening efforts to improve the business environment, attracting more investments, stimulating the institutions operating in economic diversification sectors identified in the 10th Five-Year Plan (2021-2025), and protecting many institutions from crippling due to the current temporary economic and financial impacts.

The Minister of Economy hoped that these incentives would contribute to stimulating the domestic tourism traffic and enabling the sector to achieve its desired goals.

The incentives will also complement the measures aimed at improving the social protection system for individuals, especially those who have been laid off from their jobs and borrowers. He also hoped to see the fruits of these efforts crowned with success through the joint orchestrated efforts of various departments concerned in implementing these incentives to achieve the common interest.