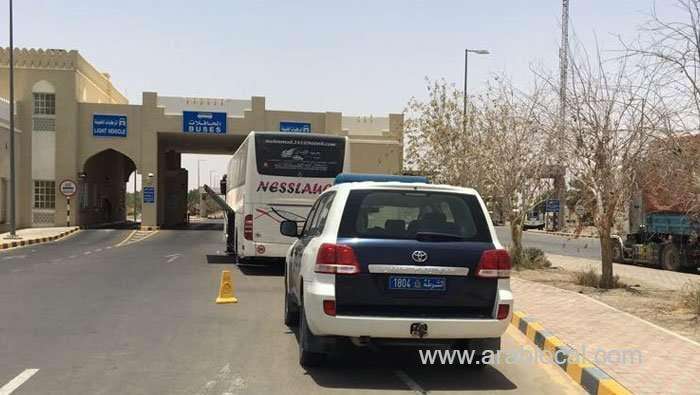 The Supreme committee has decided to close all commercial activities in some governorates of the Sultanate, close beaches and parks, and determine the period for allowing the return of citizens.

“The Supreme Committee decides to continue to close all land ports of the Sultanate until further notice, except for the passage of trucks, and all citizens outside the Sultanate who wish to return through the land ports are allowed to enter the Sultanate,” the statement said.

“This permit is valid for a period of ten days only, extending from the time of publishing this statement until twelve o'clock in the morning of Sunday February 21, 2021, after which individuals will not be allowed to pass until the land ports are reopened,” the statement said.

“All citizens who cross the land ports to the Sultanate's territory are required to undergo institutional health isolation upon arrival at their own expense, in addition to being subject to the rest of the approved procedures imposed on all those coming to the Sultanate,” the committee said.

The Supreme Committee decided to impose compulsory institutional health isolation for all arrivals to the Sultanate through various land, sea and air ports at their own expense, due to the lack of commitment by many to home health isolation and violation of the procedures that have been approved.

The Supreme Committee also decided to close all commercial activities in North Al Sharqiyah Governorate from seven in the evening until six in the morning, starting from the evening of Friday, February 12, 2021, for a period of fourteen days.

The Supreme Committee also decided to close the beaches, and public parks in all governorates of the Sultanate, starting on Thursday, February 11, 2021  for a period of two weeks, and to emphasize the prevention of gatherings of all kinds in rest houses, farms, winter camps, farms, etc., and the committee recommends avoiding gatherings of families in homes and other private places.

The Supreme Committee decides to reduce entry to government and customer services halls, and to reduce the entry of visitors to centers, shops, markets, restaurants, cafes, hookah cafes and closed gyms to 50% of their capacity, starting from Friday morning, February 12, 2021.